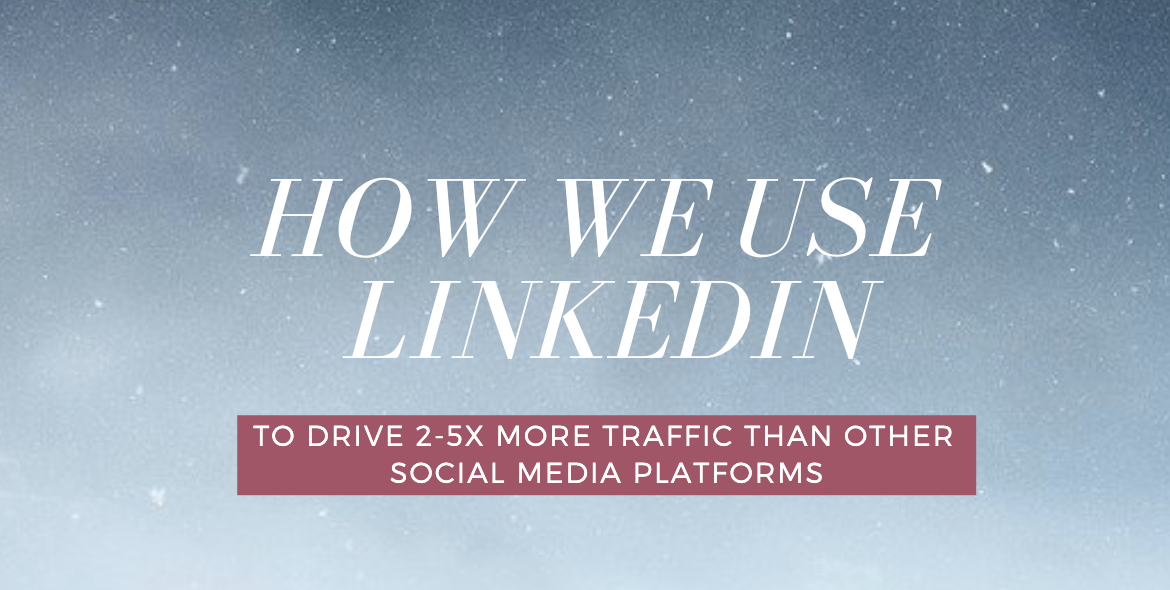 On Twitter, the CEO of our parent company Sumo Group Noah Kagan has ~61,400 followers. That’s our biggest social media platform.

Over the past 30 days, we averaged about 156 clicks per Tweet.

On LinkedIn, we currently have 35,980 followers.

But the crazy part? Despite having roughly half the following on LinkedIn, we averaged 214 clicks per LinkedIn post over the past 30 days.

When we step back to the entire two-year dataset for LinkedIn, we’re averaging 243 clicks per LinkedIn post.

In other words, we got 2x the results with less than half of the followers!

We did a correlation analysis for what factors get the most LinkedIn clicks, and here’s what we noticed…

Here’s the full data analysis for our LInkedIn.

When breaking down the factors of a successful LinkedIn post that gets a lot of Likes, views, and clicks, here’s what we’ve noticed. This data is from a two-year period, so we analyzed 2,192 data points to reach this conclusion.

What a stupid idea.

I didn’t fully understand before I invested! I took the advice of a friend.

Is cryptocurrency a bubble?

What’s the next cryptocurrency? My stepdad has a theory called the “lemon theory.”

But they have no idea about it.

After dropping $10k on cryptocurrency, here are 3 things I learned:

1 – Easy come, easy go. ? People see the ups of crypto. But not the downs (yet). EVERYTHING comes down to earth. Back when I was running Gambit, we grew our revenue to $30 million in ONE year… and then it went down to basically $0 the next.

2 – Only invest what you can afford to lose. ? Please don’t put your life savings in Bitcoin. I use only 5% of my income (aka what I’m comfortable losing) on risky ventures like cryptocurrency.

3 – Don’t shy away from new technology + experiments. ? It might seem like I’m bashing Bitcoin. I’m not — I think cryptocurrency is something that could be around in 50 years. Explore new tech, just don’t get obsessed over it right away before you try it yourself.

Hear more about what happened when I spent $10k: http://bit.ly/2BV3yhV

Have you ever tried using LinkedIn before to drive traffic? How did it go?