It doesn’t matter if your computer is a brand new, top-of-the-line machine that cost $2,000 or if it’s five years old holding on for its dear life: your computer is only as good as the shape you keep it in. Programs are needed to maintain and optimize your computer, prevent malicious software from entering, and not overusing resources so your computer doesn’t act sluggish. Throughout all my years of computer repair, I’ve come across some great programs that cost absolutely nothing and help your computer stay in excellent condition.

PC-Decrapifier cleanup utility. You know all those annoying utilities that are on your brand, spankin’, out-of-the-box new computer? Well, PC-Decrapifier painlessly removes those programs from your Windows XP, Vista, or 7 machine. Things like Persistence, Google Toolbar, Dell URL Assistant, and “Get High Speed Internet!” can be removed with the click of a mouse in PC-Decrapifier. Additionally, the program doesn’t leave a trace on your computer as it’s a portable application. The list of programs PC-Decrapifier removes can be found here. In essence, this utility removes all the useless, resource-hogging applications from your computer.

CCleaner file and registry cleaner. If you think of your PC like a car, CCleaner is the mechanic that keeps it running in tip-top shape. Elegantly abbreviated for “Crap Cleaner,” CCleaner is an optimization utility that removes temporary files that take up space on your computer and registry entries that can slow your system down (especially during those important start up and shutdowns). Some of the programs CCleaner removes traces from include Mozilla Firefox, Internet Explorer, Windows Media Player, Microsoft Office, Nero CD Burning Suite, and Adobe Acrobat. CCleaner is compatible with all Windows operating systems (including the server OSes) dating back to Windows 98.

Defraggler defragmenting utility. When using a Windows system, your files get misplaced. It’s analogous to receiving a bunch of new things and placing them randomly in your room because you were in a hurry. You did it because you were in a rush, but finding those things later will be a pain. Luckily, there is a way to de-clutter the disorganization (at least in Windows–you’re on your own in your room!): a defragmenting utility. Windows does already have a defragmenting utility built in, but it’s a bare-bone version. Defraggler is a portable or installable application that has an interactive drive map. Additionally, the program supports scheduled defrags and multiple hard drives.

Avira Anti-Vir personal anti-virus. Even the smartest power users need an anti-virus to keep their files safe and malware-free. Luckily, one of the top anti-virus products on the market is a free one by German company Avira. In independent tests, Avira has some of the highest virus and spyware detection rates in the industry, beating out more popular brands Trend Micro, Avast!, Norton, and McAfee. As a useful tip, here’s how you can remove the annoying pop-up that appears every time you update the free version.

Foxit PDF Reader. Adobe is the most common PDF reader, but, thankfully, there’s a free alternative named Foxit Reader. Nearly 25% of all Firefox crashes are due to Adobe PDF Reader, so an alternative is welcome. However, the editing portion of Foxit is for-pay meaning that you won’t be able to create PDF documents without setting aside some hard earned cash. If you still insist on using Adobe Reader, make sure to use Adobe Reader Lite: a less bloated version of Adobe’s software.

Opera web browser. Mozilla Firefox and Google Chrome are the two better-known free web browsers, but Opera is arguably the best. Opera posts the best JavaScript load times and best boot-up/load times. Like Firefox and Chrome, Opera supports extensions (they call them “widgets”) and other modern-day web browser features. However, unlike most other browsers, Opera also supports cutting-edge technology such as built-in AVG malware protection, HTML5 support and more.

What freeware programs do you use to enhance your computer experience?

Additionally, per usual, here is the update on my weight gain. It’s slowed down a bit, but I’m still trying to stay in my 3,400 to 3,700 calorie range. 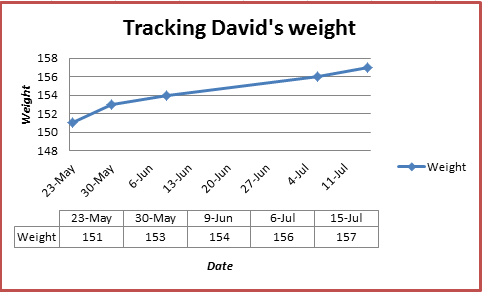